9 January 2023 – undercurrents festival, presented by Ottawa Fringe, returns to its winter time slot this February 8-18. undercurrents 2023 will be presented bilingually in French and English. There will be French language productions and some French late-night programming, with opportunities to catch select French performances with
English captioning. 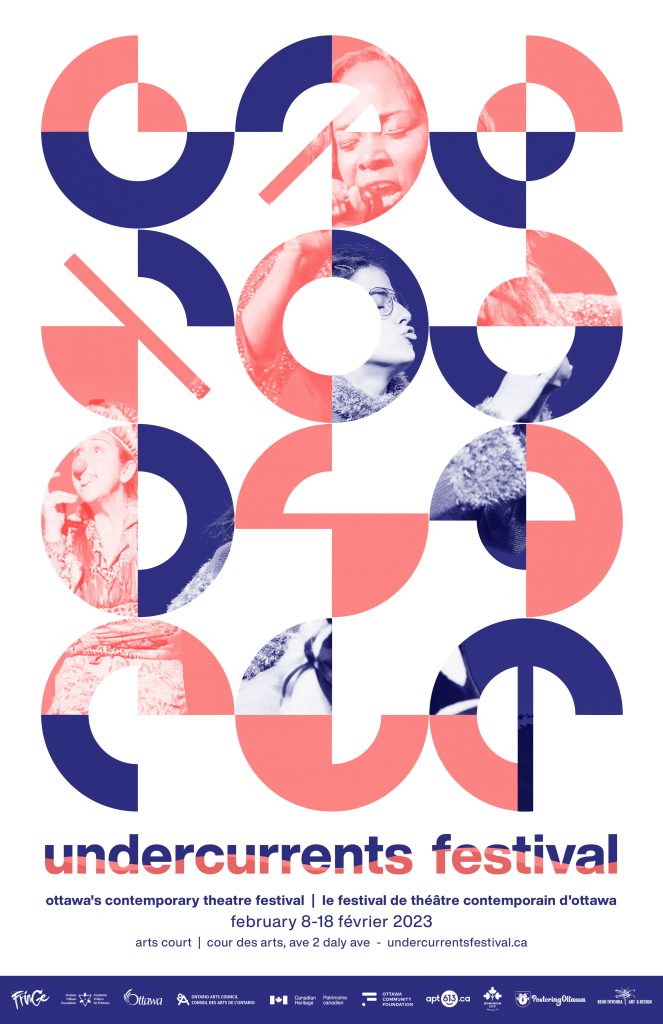 “Like a lot of good theatre, these shows will hold up a mirror to society and inspire us to ask questions about our world. We invite you to be curious and to join us for all that undercurrents has to offer,” says Executive Director, Alain Richer.

The lineup at undercurrents explores a vast landscape of theatre work in storytelling, political movements, and clowning. In February, dive into stories of love, racism, climate change, cultural
identity, the housing crisis and… singing nuns.

Kicking off the festival on Wednesday, February 8th, Why Worry About Their Futures presents three short plays by Keith Barker, Lawrence Aronovitch and Sanita Fejzić. They have in
common a shared concern for the kinds of futures adults cultivate for their children.

Thursday, February 9th brings a Soirée Franco, following the performances of Ça rime avec vinaigre (Toronto), which tells a story of systemic racism that could have been a story of racism like any other, except that this one is the story of the author’s son, and Léna (Ottawa), where Ferline Regis portrays her departure from Haiti to Canada to realize her dream of singing on a
big North American stage.

From Toronto, Pest Me Pet Me follows two raccoons who face off with two female roommates undergoing a suspicious ‘renoviction’ from their downtown apartment. This is a horror-comedy that explores themes of displacement, female rage, and the housing crisis.

undercurrents fans will be thrilled to witness the official World Premiere of Beth-Anne, the story of a horse loving girl who can’t work up the confidence to ask her crush on a date, even after
practicing on magazine cutouts of sexy male models.

Dressed As People: A Triptych of Uncanny Abduction (Toronto/Ottawa) leaps into live performance with three characters, three time periods, three tales of abduction and the intrusion of the uncanny into the lives of those who are taken, those who do the taking, and those who
are left behind.

Closing out our mainstage lineup is Would Virginia Woolf Contemplate Suicide If She Were Filipino from Montreal. Lemar is a fresh-off-the-boat migrant. Warren is the son of rich immigrants. After matching on Manhunter, they meet for a night of sex, drugs, and mental health.

Make sure to add the four Discovery Series shows to your festival calendar, all taking place in the Atelier! 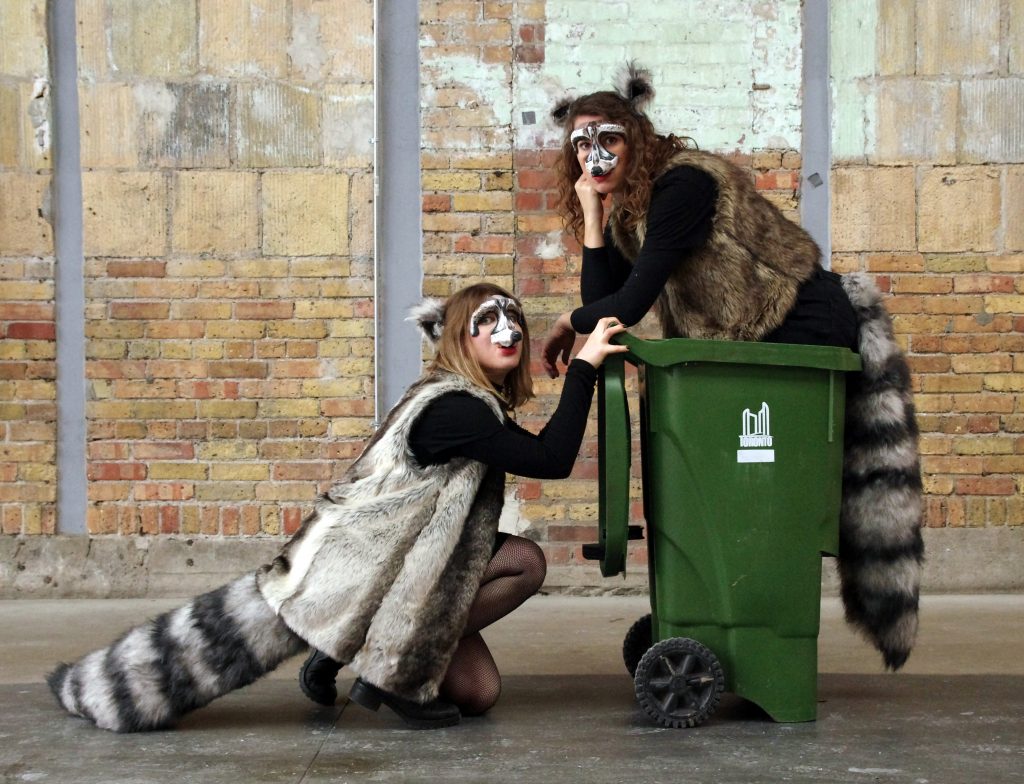 Juliana (Ottawa/Dover) follows Sister Juliana and Sister Philippa. Juliana just wanted to write another best-selling book about animals. Sister Philippa just wanted to be Juliana’s most devoted follower. But was it God or Nature who led the two Sisters deep into the forest? Who separated them and sent them paths full of trials, tribulations, and musical numbers?

QiGongidaa! (Villiers) is free programming, focusing on the practice of “Qi gong” A seasonally-directed, culture grounded method to support and sustain wellbeing, it is being offered by Hilary Wear as Gnabby Boomer. as a trustworthy shared experience activity to do, alone or together. The theatrical Clown piece uses Anishinaabemowin and different musical styles/ silence.

Small Tortures (I Love You) is a dance-theatre piece out of Ottawa that invites you to see the underlying dynamics of relationships. What happens when we learn the language of power?

Three Plays For The End Of The World (St. John’s/Montreal) is a poetic exploration about violence in the theatre, and theatre as violence; an examination of the gray-space between personal morality and vigilantism; and a one-person monologue that explores the loneliness brought on by the pandemic and our climate crisis. It is not a premonition of what’s to come, but instead an offering of what has already arrived.

TICKETS:
Tickets can be purchased online at undercurrentsfestival.ca. undercurrents tickets are sold at a “Pick Your Price” model of $5, $10, $20, $50, or $75. Tickets purchased at $75 are eligible for a $25 tax receipt. Accessible pricing means you decide what price you pay for your experience at undercurrents – no questions asked.

SCHEDULE:
A full festival schedule, including Late-Night Programming, can be found here.

— About undercurrents: Produced by Ottawa Fringe, our winter festival shows the best original, contemporary theatre being created by Ottawa performers and visiting artists.