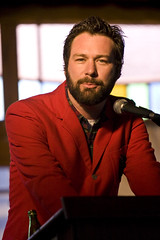 As organizers, staff and supporters of Ottawa’s festival, special events and fair industry celebrate the Ottawa Festivals Launch of the Festival Season Wednesday, they will also reflect on a successful 2008 festival season.

It was announced in April 2009, that Ottawa Festivals will receive $90,000 over two years from The Ontario Trillium Foundation to increase volunteer and employment opportunities at the numerous festivals and events held in the National Capital Region each year.

“This is very exciting for us,” says Barbara Stacey, Executive Director of Ottawa Festivals, “The story about the not-for-profit festival and event industry that is often overlooked is our commitment to community outreach programs. As an industry, we are very cognisant that we have the ability to make a positive impact on the broader community, and the funding provided by The Trillium Foundation will help us put programs in place to create more opportunities for community members while also strengthening the capacity of the festival industry. It’s a true win-win.”

In addition to the significant positive economic impact on the community and business, festivals also provide access to programs for unemployed people seeking work experience and well over 15,000 people volunteer with festivals every year. Through this type of community engagement and by providing access to world-class events, Ottawa’s festivals, events and fairs are certainly key contributors to the quality of life we enjoy in Ottawa and are also a reason Ottawa is consistently looked at as one of the top places to visit and to live.

In December of 2008, this was recognized as a reason that Council passed an omni-bus motion that maintained funding levels for festivals as outlined under the City’s Arts Investment Strategy.
In 2008, Ottawa Festivals welcomed five new members. Maple Sugar Festival, Ottawa Raggae Festival, Rideau Canal Festival, Orchestras in the Park and Metcalfe Fair have joined to increase Ottawa Festivals to 48 member festivals, special events and fairs.

In April 2009, Monique Smith, Minister of Tourism, was in Ottawa to announce that fifteen Ottawa festivals, special events and fairs will receive more than $1.4-million as part of Celebrate Ontario’s $11-million investment throughout the province. 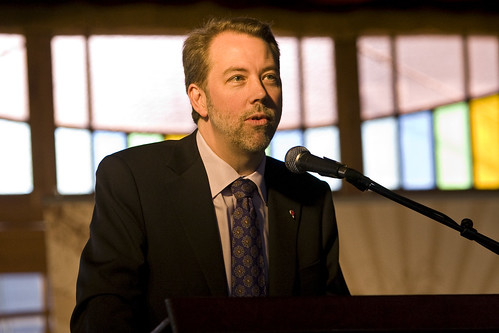 Julian Armour, President of Ottawa Festivals and Executive Director of Canadian Tulip Festival addresses the crowd of more than 500 people. Photo by blurasis on Flickr.

“This announcement from the Government of Ontario is great news for area festivals,” states Julian Armour, President of Ottawa Festivals, “This announcement and the recent announcement from the Federal Government both show a strong recognition of the tremendous economic and community impact generated by festivals.” The federal government announced that, through the Marquee Tourism Events Program, $100-million is being invested over the next two years to help promote existing marquee events.

A recent Travel Intentions Survey conducted by TNS Canadian Facts revealed that Canadians are planning to travel closer to home while seeking shorter term, high value experiences. “We are looking at this as having the potential to increase participation at Ottawa’s festivals and events”, says Lee Dunbar, Director of Communications and Community Development at Ottawa Festivals, “As people decide to travel closer to home and take ‘staycations’, Ottawa is positioned very well. Having so many great events that are either free or very reasonably priced, I would think that people throughout the Ottawa Valley and Eastern Ontario will be looking towards Ottawa as a destination for daytrips and some overnight stays.”

Indications are that it will be a great festival season in 2009. The Canadian Tulip Festival has had huge interest in their expanded activity and Bluesfest has reported strong initial pre-sales for their event that opens with Jeff Beck headlining on July 8.