The Signature Series is back! If you haven’t done so already, get your tickets today for two incredible shows featuring dynamic storytellers Jacqui du Toit and Chirine El Ansary: 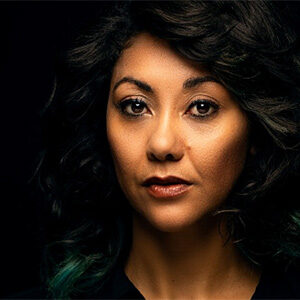 Award-winning performer and storyteller Jacqui du Toit just returned to Ottawa from a six-week trip home to South Africa, where she was able to reconnect with family and friends – some of whom make an appearance via video in her upcoming show Being coloured/ful in a black and white world at Arts Court Theatre on March 4. The show was inspired by du Toit’s experience growing up during apartheid and post-apartheid, as well as by the constant questions she received as she began to branch out into the world: “I realized when I was traveling that people would often ask me, ‘What is your background?’” recounts du Toit, “And I would reply, ‘I’m South African. I’m Coloured.” du Toit identifies as Coloured, which refers to a large multiracial ethnic group who form their own subculture in South Africa. But this word connotes segregation in other countries:

“My American friends would say, ‘Jacqui, you can’t use that word,’ and I would have to then explain what Coloured means to me: Every Friday we would sit with my Granny, Aunties, Uncles, and cousins, and I would listen to their worries. My Uncle, who is a little bit darker [than me], and who served in the army, and my father, a mechanic, they would both use this word. It was something that you just understood. I never mixed with the Black kids or the white kids – I only mixed with other Coloured kids. That meant that there was a big shift when I eventually went to the Model C School, which my Auntie called ‘the white school,’ when I was eleven years old. There was a real fear in my family towards white culture and losing your identity as Coloured.” Despite the show’s theme, du Toit delivers a humourous and energetic performance full of joy, and even incorporates some singing and dancing! 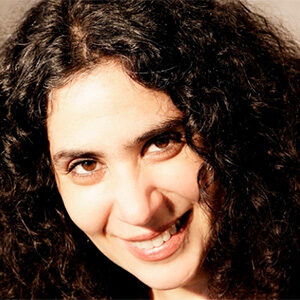 On another continent, Egyptian/French storyteller Chirine El Ansary is busy packing up her ‘family’ as she prepares to fly to Canada for the Toronto Storytelling Festival and her one-night only show in Ottawa on March 19. Despite everything she carries with her, however, she won’t be bringing an extra suitcase. The renowned international storyteller refers to the stories in her hit show, Fragments of Eternity, as “an invisible family.” “It means that they are part of my life, [and] I carry them around in my heart wherever I go. They help me make sense of life, and kind of reflect how my inner world is structured; how my imagination works.” This eclectic collection of tales is comprised of ancient Egyptian material, personal stories, and stories based on world events or personally witnessed situations. As El Ansary says, “All the stories have a silk thread running through them making the evening cohesive.” A storyteller and performer born in Cairo, she grew up between Egypt and France, eventually studying at Jacques Lecoq’s International Théâtre School. After working as an actress in Cairo’s Independent Theatre, El Ansary dedicated herself to the art of storytelling with a distinctly physical approach. She is also a PhD candidate at Goldsmiths College University of London, where she is focusing on the exploration of the famed epic One Thousand and One Nights, said to have been told by the resourceful Scheherazade to capture the imagination of her captor, King Shahyrar, and extend her life by promising a new story each night.

Far from One Thousand and One Nights, Ottawa audiences have one-night only to catch both du Toit and El Ansary’s shows, taking place on Wednesday, March 4 and Thursday, March 19, respectively, and both starting at 7:30PM. The shows take place at Arts Court (2 Daly Ave.).